Skip to primary content
We have a new addition to our family…someone we’ve been waiting a very long time for…and his name is Chief Fluffybottom!!

Yes, we FINALLY got a dog! We’ve been aching for one for years, but never had the space until now!And we’d been looking for just the right pup for quite awhile…even before we moved…but one night all the stars aligned and my mom saw a listing for a litter of AKC Golden Retrievers in Marianna that were for sale at a fair price. So I emailed the breeder that night to find out if they had any left. She responded the next morning stating that she had two puppies left, a male and a female, so that afternoon after work we hopped in the car and took a road trip to Marianna. I feel like some of our best purchases have resulted from hurriedly jumping in the car and racing to Marianna, it’s also where we purchased our first piece of furniture together as a couple…our loveseat…how fitting right?Anyway, we drove up to the breeder’s beautiful farm, and were shepherded in by the most handsome and gigantic Golden Retriever I have ever seen, and we knew instantly that we were a few short minutes away from being dog owners. The handsome guy that waived us in, was Mighty Moses, and it was his litter of pups we would be looking at. The mom’s name was Ruby and she was also a beauty, and had the sweetest temperament. But Moses really stole the show, from his gorgeous coat, to his gigantic stature. We met with the breeder, who really seemed to eat sleep and breathe for the dogs, which was encouraging. We could tell instantly that all of the dogs and puppies were extremely well-loved.

And then she brought out the puppies and our hearts melted, there’s just something about Golden Retriever puppies that make me weak in the knees. There were three on site, two boys and one girl, but one of the boys had already been spoken for. We had initially planned to pick the girl, because we’d heard that females are typically more mellow, and are easier to train. And the female was adorable, but honestly she really wasn’t into us at all. But Chief and Joey had a love connection at first sight, and I knew he was the dog for us. The breeder assured us that there was virtually no difference in training between the two sexes, so we chose our boy Chief! 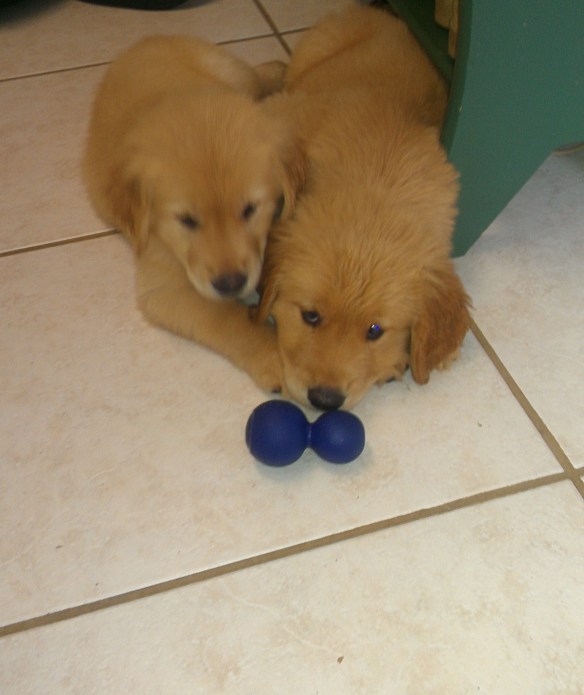 We had been planning to go out of town that weekend, so the breeder offered to hold him for a couple days until we could get back in town and have a chance to pick up supplies for him. It was really difficult to leave that night without him, but necessary, and I think it gave us a chance to mentally prepare for a couple of days what we were getting ourselves into. We were so happy and excited to pick him up on Sunday, and when we arrived Chief seemed happy to see us and ready to go to his new home!!

He seems pretty happy in his new digs

I’m really behind in this post…we actually got him in mid-July. It turns out that having a puppy completely turns your life upside down! But he is growing very quickly, and you’ll see the changes pretty dramatically in my next post or two. We are so happy to have our little Chief Fluffybottom, he brings a lot of joy into our house, and has really made our new house feel more like home. 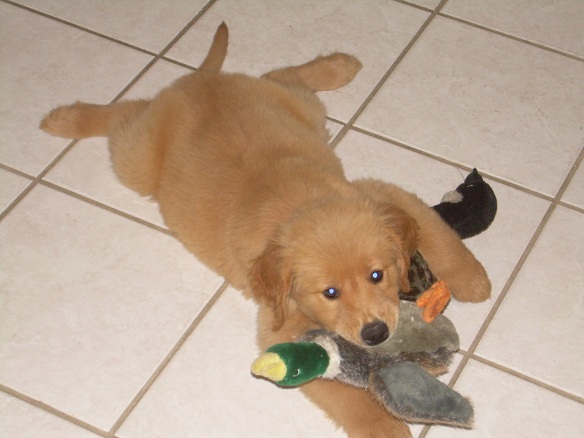 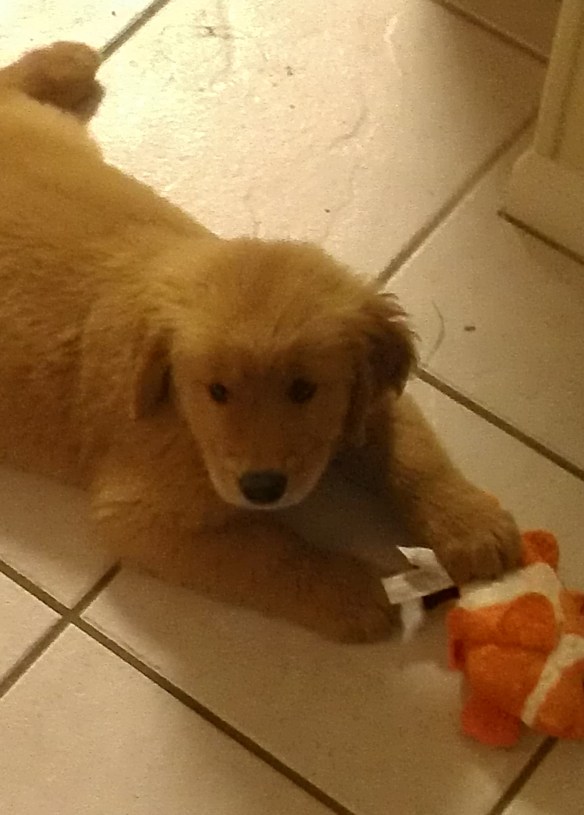