Today marks our first anniversary, and also happens to be Easter! It’s amazing how fast a year can go by, but we’ve been very blessed and have had such a wonderful year.
We had initially planned to go out of town for our anniversary, but then an unexpected series of events that led to Chief having to have hip surgery, and kind of limited us both in budget as well as limited our ability to leave his side for a few months. Poor baby. And POOR mom and dad, literally and figuratively. 😉

But we’ve had a lovely day so far…we started the day with Easter service at our wedding pastor’s church. We completely adore Andy, he’s one of those people that we just felt an instant kinship with, kind of like we’ve known him our whole lives even though it’s only been a short time. Although I wouldn’t be surprised if that’s how everyone feels when they first meet him, he’s just THAT genuinely nice! 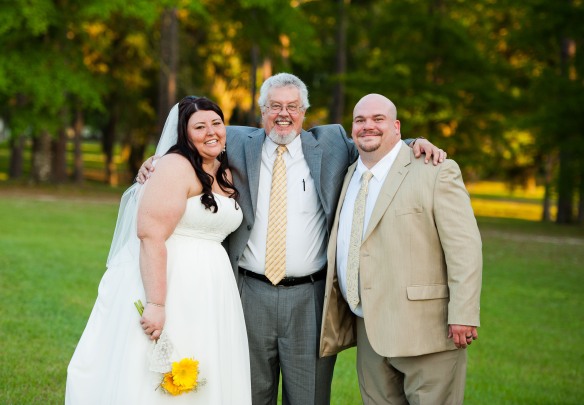 Anyway, we hadn’t seen him since our wedding, but I kind-of-sort-of work with his wife Martha, whom I also adore. She is also a social worker, and works with the elderly, so we’ve indirectly worked together for a couple of years, but now we work for the same agency so I get to see her much more frequently which I love. A few months ago, she gave us an open invitation to attend their church, and mentioned that it would really make Andy’s day if we surprised him. As soon as I learned that our anniversary and Easter fell on the same day, I knew it was meant to be!!

The really funny and cute part was that he emailed me the day before, to check in with us and to invite us to the service. Joey was convinced that Martha had slipped up and spoiled the surprise, but the look on his face when he saw us at the service was priceless and it was obvious that he was surprised! We had the best time, the service was phenomenal, and it was good to see them both. Also, everyone there was super welcoming, which made us feel right at ease. It was also really fun to see all the kids dressed up in their Easter outfits. There were sooo many sweet sweet babies, I couldn’t stop staring at them… I remarked to Joey about how many babies there were, and he told me not to drink the water. haha. So obviously someone isn’t quite ready for babies yet… 🙂 But all in all, it was a great way to start the day, and a really special way to commemorate our anniversary. We’ll definitely be back!!

Unfortunately, we had to leave right after the service to get home to re-dose Chief’s meds. And not long after that we got up with our neighbors, Rick & Cindy, to have a puppy play date. It was the first one with just Lady and Zoey (minus Chief) and it went pretty well, which is good since it’s only the 3rd time Zoey and Lady have met. Lady is a little bit bossy, which drives me nuts, I think Zoey’s a little bit nervous around her which makes me sad, especially since we went to her house…but overall it was good and both pups were tired afterward so that’s all that matters!

The rest of the day we spent being lazy. We cooked a yummy prime rib and green beans for dinner. It was my first time cooking a prime rib, and I think I overcooked it a little, but it wasn’t too bad. 🙂 Oh, we also cracked open the bottle of Bounty Rum (“the Spirit of St. Lucia”) which we brought back from our Honeymoon in St Lucia. Just as delicious as we remembered! 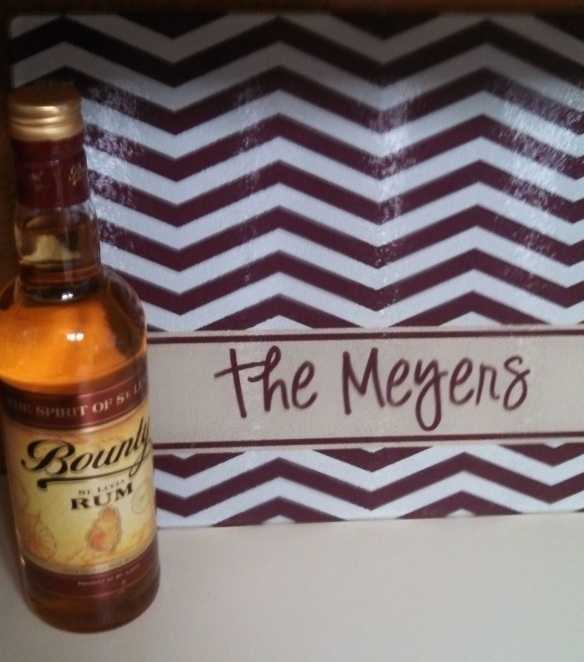 All in all it was a lovely day, and we look forward to many many more anniversaries in the future!  🙂